File photo: Chinese President Xi Jinping met with Armenian Prime Minister Nikol Pashinyan in Beijing on May 14, 2021. Xi said China is willing to work with Armenia to boost joint construction of the Belt and Road in order to inject new momentum into the development cooperation region. Pashinyan said Armenia regards its relations with China from a strategic point of view and will continue to advance international cooperation under the Belt and Road Initiative. / Source: CGTN

China’s success in eradicating extreme poverty has captured international media headlines and discussions among the expert community. Even the most developed countries in the world still face the problem of extreme poverty, which makes developing China’s achievements even more impressive. Being one of the industrial and intellectual powers of the Soviet Union, Armenia launched a series of economic reforms after its independence in 1991. Going through the difficult transition period of the early 1990s, Armenia stabilized the situation economic growth in the 2000s and experienced impressive economic growth. performance of an average GDP growth of 6.5% in 2017-2019.

Armenia is a member of the Eurasian Economic Union (UEE) and signed a Comprehensive and Enhanced Partnership Agreement with the European Union (EU) in November 2017. Membership of the EAEU gives Armenia access duty-free to the vast Russian market, while the GSP + system allows Armenia to export 6,291 of 9,655 products of the EU classification to the EU duty-free. The key sectors of the Armenian economy are mining and production of precious metals, agriculture, tourism and IT. In recent years, IT has become the main engine of Armenian economic growth, gradually transforming Armenia into a regional technological hub.

At present, Armenia’s main economic partners are Russia and the EU member states. However, the Armenian economy suffers from a negative trade balance, which reaches up to 2.5 billion USD per year. Armenia fills part of this gap by taking loans from international financial institutions, while remittances from migrant workers cover another part. To make a qualitative leap in its economic development, Armenia must increase its exports significantly and reduce its negative trade balance. However, the Russian and EU markets are saturated and Armenia has to explore new markets to export its products. In this context, fostering economic relations with China can play a crucial role in reviving the Armenian economy.

The development of economic relations between Armenia and China is fully in line with the philosophy of win-win international cooperation, put forward by Chinese President and General Secretary of the Communist Party of China Central Committee Xi Jinping. As an ancient Chinese saying goes, “Those who only seek comfort for themselves will ultimately be rejected, and those who sacrifice their own interests for the success of others will be supported.” in 2020 and the new 14th five-year plan 2021-2025.

In recent years, China has made tremendous efforts to further open its economy to foreign companies, which annually hold China International Import Exhibitions. The fourth China International Import Expo is scheduled to be held in Shanghai from November 5-10, 2021, and will provide an international business platform to showcase products and share opportunities in Chinese markets. This year’s CIIE trade exhibition consists of six exhibition areas, including intelligent industry and information technology, consumer goods, food and agricultural products, medical equipment and health products. health, automobiles and trade in services.

Armenia could significantly increase its exports to China in two sectors: agriculture and computer products. Armenian fresh and processed fruits and vegetables, as well as wine and brandy have the potential to enter the Chinese market. Agricultural export will contribute to the sustainable development of rural Armenian areas by creating new jobs and preventing internal migration from villages to the capital Yerevan, which is currently home to around 40 percent of the entire Armenian population.

Armenia’s booming IT sector is another opportunity for promoting bilateral economic relations. Considered a start-up nation and the Silicon Valley of the Caucasus, Armenia has seen more than 20% annual growth in IT in recent years. Many Armenian IT companies are working for foreign markets. Considering the amazing growth of the Chinese IT market, Armenian companies have vast untapped resources to cooperate with their Chinese counterparts. As the start-ups are not concentrated only in Yerevan, the further development of the Armenian IT sector will also contribute to the sustainable development of the Armenian provinces.

Armenia’s second largest city, Gyumri, hit hard by the devastating 1988 earthquake, has recently become a new hub of Armenian high-tech industry. Armenian start-ups based in Gyumri are looking to the Chinese market as a new source of growth and development. In May 2021, a Digital Silk Road Center was opened in Gyumri with its branch in Xian, China to develop mini-programs for the Chinese messenger WeChat. Such innovative projects could become the backbone of the future of Armenia-China cooperation in the IT sector. 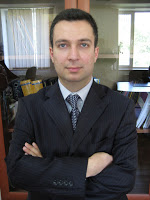 Dr Benyamin Poghosyan is Founder and President, Center for Strategic Political and Economic Studies and also, Executive Director of the Association of Political Science of Armenia since 2011. He was Vice President for Research – Director of the Institute of National Strategic Studies at the University of National Defense Research in Armenia from August 2016 to February 2019. He joined the Institute for National Strategic Studies. (predecessor of NDRU) in March 2009 as a researcher and was appointed Deputy Director of Research at INSS in November 2010. Prior to that, he was Foreign Policy Advisor to the President of the National Assembly of Armenia. Dr Poghosyan was also a senior researcher at the Institute of History of the National Academy of Sciences and an assistant professor at Yerevan State University and the European Regional Academy of Education.

His main areas of research are the geopolitics of the South Caucasus and the Middle East, US-Russian relations and their implications for the region. He is the author of over 70 academic and OP-ED articles in various leading Armenian and international journals. In 2013, Dr Poghosyan was appointed “Distinguished researcher” at the University of National Defense of the United States – College of International Security Affairs and also, he graduated from the 2012 US State Department Curriculum on Making US National Security Policy . He holds a doctorate. in History and graduated from the 2006 Tavitian Program in International Relations at the Fletcher School of Law and Diplomacy.

DISCLAIMER: The opinions expressed in this article are those of the author and do not necessarily reflect the official policy or position of IndraStra Global.